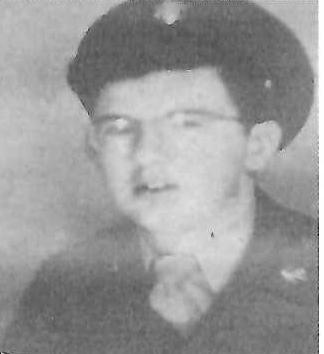 Please share a memory of Raymond to include in a keepsake book for family and friends.
View Tribute Book
DUNKEL – Command Sergeant Major (Retired) RAYMOND H. Age 92, of Farnham, NY, passed away on December 17, 2022, after a brief illness. He is survived by his wife of 64 years, Lorraine A. (nee: Kaznowski). Beloved father of the late Mary Ann J. Jordan (late Alan) and Jean M. Sadowy (Michael). Loving grandfather to Andrew, Patrick, and Matthew Sadowy. Raymond’s childhood and adult life have roots in Lackawanna and Farnham. He attended Silver Creek High School. He joined the US Army in 1947 and retired as Command Sergeant Major in 1970. During his army career, his assignments were throughout the United States and Germany, where his wife and family accompanied him for several of his assignments. He served in the Korean War as well as two tours in the Vietnam War. He was a recipient of the Bronze Star Medal. He was with the 4th Infantry, Panel Bridge Company, and numerous Combat and Armored Engineer Battalions. He was a walking encyclopedia on the 4th Infantry Division. In 1988 he retired from M & T Bank as Assistant Physical Security Manager. He was a member of the following organizations: American Legion Lackawanna Post 63, Veterans of Foreign Wars – Harvey Moran Post 2940 & VFW in Silver Creek , Past National President of the National 4th Infantry (IVY) Division Association and Past President of the 4th Infantry Ohio Chapter, Society of the First Infantry Division, the 547th Engineer Battalion (Combat) Association, Association of the US Army, The Army Engineer Association, Disabled American Veterans Association, Vietnam Veterans of America Chapter 459, Army Historical Society, Loyal Order of Moose, Gowanda NY Lodge 1382, Past Master of Tyrian Lodge No. 925 F & AM, Ancient Accepted Scottish Rite Valley of Buffalo, USA, International Ismailia Shiners, Village of Farnham Veteran’s Committee, and Brant Historical Society. Raymond was loving and passionate to his family and dedicated to remembering veterans and the importance of serving his country. Dad you will always be “STEADFAST and LOYAL”. He will be buried in the National Veteran’s Cemetery in Pembroke, NY. PREVIOUSLY SCHEDULED SERVICES FOR WEDNESDAY, DECEMBER 28, 2022 HAVE BEEN POSTPONED. NEW SERVICE DATES AND TIMES WILL BE ANNOUNCED WHEN RE SCHEDULED. Arrangements by ADDISON FUNERAL HOME INC.
To plant a beautiful memorial tree in memory of Raymond Dunkel, please visit our Tree Store

A Memorial Tree was planted for Raymond
We are deeply sorry for your loss ~ the staff at Addison Funeral Home Inc.
Join in honoring their life - plant a memorial tree
Online Memory & Photo Sharing Event
Online Event
About this Event

Look inside to read what others have shared
Family and friends are coming together online to create a special keepsake. Every memory left on the online obituary will be automatically included in this book.
View Tribute Book
Services for Raymond Dunkel
There are no events scheduled. You can still show your support by planting a tree in memory of Raymond Dunkel.
Plant a tree in memory of Raymond
Share Your Memory of
Raymond
Upload Your Memory View All Memories
Be the first to upload a memory!
Share A Memory
Plant a Tree