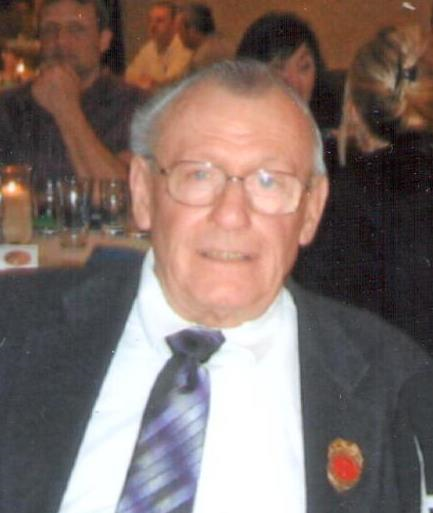 Ronald Edward Wasmund Wasmund, Ronald E. A lifelong, proud resident of Angola, NY, Ron passed away on Sunday, November 29, 2020, in Buffalo Mercy Hospital following a brief illness at the age of 83. He was the beloved husband of 58 years to the late Karen Wasmund; loving father to Kimberley Sue (Paul) Heath, Tamara Lynn Wasmund, Dawn Marie (Karl) Ringer and Amy Margaret (William) Seiders. He was the oldest brother to Nancy (late Victor) Musilak, Barbara Cabic, Pamela (Wallace) Jaroszewski, the late Gerald (Sharon) Wasmund and the late Neil Wasmund. Ron is also survived by 12 grandchildren and 10 great-grandchildren and many nieces and nephews. Ron was devoted to his service, family, and community as well as his country wearing many different hats through his journey. Starting as a young lad he served in the United States Marine Corps from 1956 to 1962 being honorably discharged as a Corporal. After marrying Karen, Ron began a life career with National Fuel Gas as a heavy equipment operator for 32+ years. Meanwhile, these two adventurous entrepreneurs owned/operated Leisure-land Amusement Park located in Hamburg until 1971. Ron was an active member of the Lake Erie Beach Volunteer Fire Company for 43 years of which he embraced as his second family. To date, he was still serving on five committees at LEB. In 1986, Ron, Karen and the entire family embarked on their newest challenge called “The Family Affair”, a painting/crafting business which they enjoyed for 30 years. In 1991, Ron assumed the elected office of President of the Southwestern Association of Volunteer Firemen as well as serving on many committees within this organization thereafter. He served the Evans community as a Town Councilman from 1992-1996, a position which he was passionate about. In addition, he was a member of the Town of Evans Lions Club serving as President in 1994. He was also a member of the Veteran’s of Foreign Wars. Friends may call on Saturday, December 5, 2020 from 12:00pm – 5:00pm at the ADDISON FUNERAL HOME, INC. 262 N. Main Street, Angola, New York 14006. COVID restrictions limit the number of people in the funeral home. We ask for your patience and understanding as we honor the life of Ron Wasmund. In lieu of flowers, please make donations payable to Lake Erie Beach Volunteer Fire Company in honor of Ron and his love for community service. Address: Lake Erie Beach Vol. Fire Co. 9483 Lake Shore Road, Angola, New York 14006.
To plant a beautiful memorial tree in memory of Ronald Wasmund, please visit our Tree Store

A Memorial Tree was planted for Ronald
We are deeply sorry for your loss ~ the staff at Addison Funeral Home Inc.
Join in honoring their life - plant a memorial tree
Services for Ronald Wasmund
There are no events scheduled. You can still show your support by planting a tree in memory of Ronald Wasmund.
Plant a tree in memory of Ronald
Share Your Memory of
Ronald
Upload Your Memory View All Memories
Be the first to upload a memory!
Share A Memory
Plant a Tree