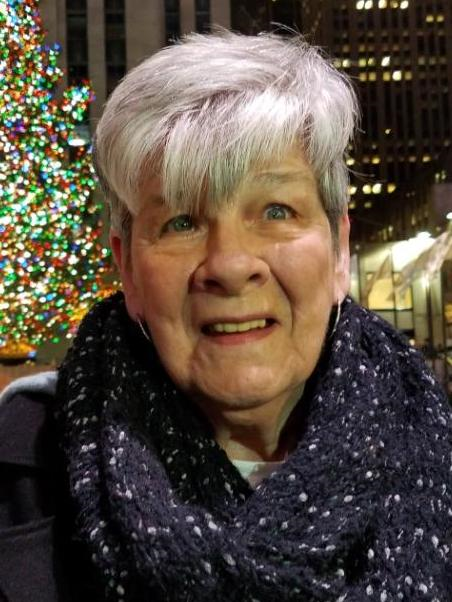 Wasmund, Karen C. (nee Drescher) Of Angola, NY entered into eternal rest January 29, 2020 at age 76. Karen was born July 26, 1943 to the Franklin and Norma (Galley) Drescher of East Aurora, NY Karen grew up in East Aurora and was a graduate of East Aurora High School. She and her lifelong companion Ronald E. Wasmund met at Crystal Beach Amusement Park, in Crystal Beach, Ontario and had a wonderful marriage of 57 years. Karen and Ron were owners and operators of the Leisureland Amusement Park in Hamburg , NY through the late 1960's and early 1970's. Karen started her own crafting business, "The Family Affair" and operated it with her daughters for over 30 years. They were vendors at the "Christmas In The Country" event at the Hamburg Agricultural center in Hamburg for 25 of the 30 years. Karen was very active with the Lake Erie Beach Volunteer Fire Company, Ladies Auxiliary where she was a member for over 40 years, serving as Historian, Recording Secretary and Chairwoman to many committees and fund raising events. She was also very involved with the Southwestern Association of Volunteer Fireman and Ladies Auxiliary, joining in 1988 and serving as President, Vice President, Director and for the past 15 years as Recording Secretary. She was also instrumental in the formation of a joint scholarship awarded annually by the Southwestern Association of Volunteer Fireman and Ladies Auxiliary and still active on its committee to this date. Karen also volunteered with Girl Scouts, 4 - H, Meals on Wheels and vacation Bible School at St. John Lutheran Church in Angola and was a retired school bus attendant with the Lake Shore Central School s. Karen is survived by her husband Ronald E. Wasmund, daughters; Kimberley Sue (Paul) Heath, Tamara Lynn Wasmund, Dawn Marie (Karl) Wasmund-Ringer and Amy Margaret (William) Seiders, brother; Thomas (Katherine) Drescher, sister -in-law's; Pamela (Wallace) Jaroszewski, Nancy (late Victor) Musielak, Barb Cabic , Sharon (Late Gerald) Wasmund ; 12 grandchildren, 9 great grand children and many nieces, nephews and cousins., She is pre deceased by her parents, Franklin and Norma Drescher and brother - in- law, Neil Wasmund. Family will be present to receive friends Monday, February 3, 2020 from 12 Noon – 2PM and 4-8 PM at the ADDISON FUNERAL HOME INC. 262 N. Main St. Angola, NY . Funeral services will be held Tuesday February 4, at 1 PM in the St. John Lutheran Church, Gold Street, Angola, NY.
Share Your Memory of
Karen
Upload Your Memory View All Memories
Be the first to upload a memory!