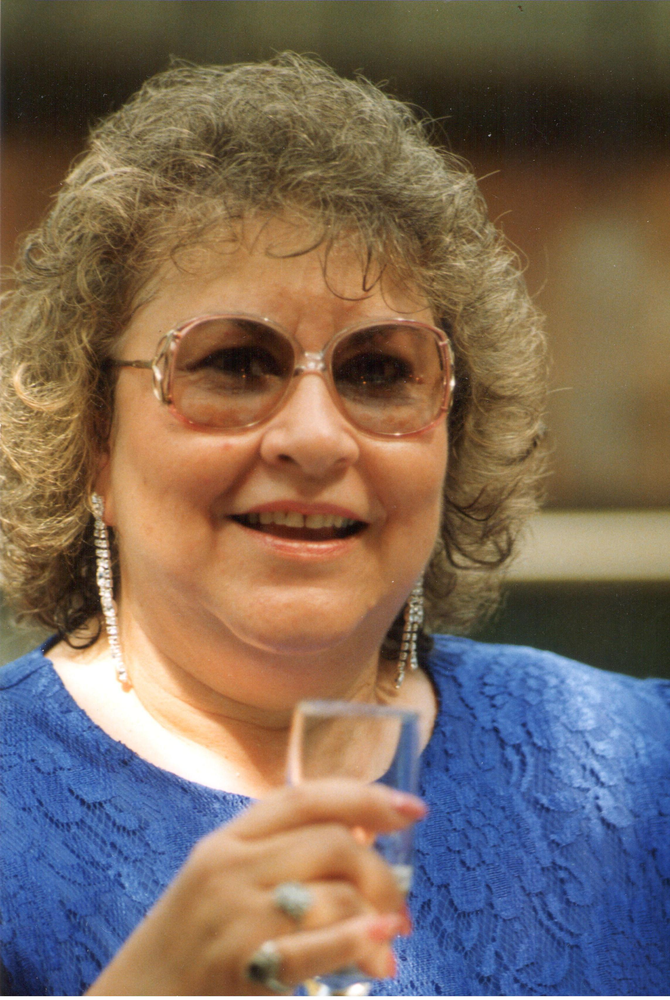 SACK, Virginia L. (nee Leone) Virginia L. (Leone) “Virge” Sack went home to be with her Lord and Savior Jesus Christ on January 26, 2020. Virge was born December 8, 1935 to the late James and Lena (Gerace) Leone, she graduated from Lake Shore High School in 1953 and on September 4, 1954, married John G. Sack of Silver Creek. Together Virge and John raised 5 children. Virge worked for a period of time at Evans Bank in Angola, then at Hills Department store in Dunkirk for 15 years until her retirement in 1998. She enjoyed being the mother of four daughters and a son, homemaking, entertaining and cooking for family gatherings. She was known for preparing and sharing her delicious cardoons with everyone, much to their delight. In her down time she enjoyed going to lunch with family and friends and relaxed by challenging herself with word search and crossword puzzles. Virge is survived by her husband of 65 years, John G. Sack, her daughters Grace M. Sack of Silver Creek, Debra (Tom) Cooney of Ripley, son John J. (Debra) Sack of Mooresville, NC, sister Dorothy Schunk of Angola and brother Vincent (Joanne) Leone of Brant, 8 grandchildren, Krista (Dan) Ingerick of Rochester, Aaron Lyman of Eustis. Fla., Christopher Bardo of Riverview, Fla., John M. Burt of Silver Creek, Alexandra, Jessica, Samantha and Stephanie Sack of Mooresville, NC, 4 great grandchildren, Connor and Isabella Ingerick, Avery and Brantley Lyman. Besides her parents Virge is pre deceased by her daughters Diane Carol Sack and Cheryl Ann Sack, sisters Marietta Valentine, Jay Ortolano, Elaine Ross and infant brother James Lee Leone. No services will be held. Memorial donations may be made to Chautauqua Palliative Care, Jamestown, NY. Arrangements by ADDISON FUNERAL HOME INC. Angola, NY
Share Your Memory of
Virginia
Upload Your Memory View All Memories
Be the first to upload a memory!